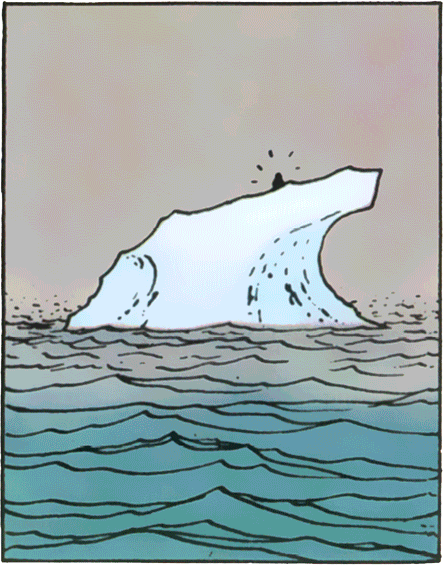 On the Origin of Species, I. 35 a écrit:Lord Spencer and others have shown how the cattle of England have increased in weight and in early maturity, compared with the stock formerly kept in this country.

The Descent of Man, II. 33 a écrit:But with savages, as Mr. Herbert Spencer[27] has remarked, the greater use of the jaws in chewing coarse, uncooked food, would act in a direct manner on the masticatory muscles, and on the bones to which they are attached.

The Descent of Man, III. 67-68 a écrit:Although the first dawnings of intelligence, according to Mr. Herbert Spencer,[4] have been developed through the multiplication and co-ordination of reflex actions, and although many of the simpler instincts graduate into reflex actions, and can hardly be distinguished from them, as in the case of young animals sucking, yet the more complex instincts seem to have originated independently of intelligence. I am, however, very far from wishing to deny that instinctive actions may lose their fixed and untaught character, and be replaced by others performed by the aid of the free will. On the other hand, some intelligent actions, after being performed during several generations, become converted into instincts and are inherited, as when birds on oceanic islands learn to avoid man. These actions may then be said to be degraded in character, for they are no longer performed through reason or from experience. But the greater number of the more complex instincts appear to have been gained in a wholly different manner, through the natural selection of variations of simpler instinctive actions. Such variations appear to arise from the same unknown causes acting on the cerebral organisation, which induce slight variations or individual differences in other parts of the body; and these variations, owing to our ignorance, are often said to arise spontaneously. We can, I think, come to no other conclusion with respect to the origin of the more complex instincts, when we reflect on the marvellous instincts of sterile worker-ants and bees, which leave no offspring to inherit the effects of experience and of modified habits.

The Descent of Man, III. 94-95 + footnote a écrit:It is also probable, as Mr. Tylor has shewn, that dreams may have first given rise to the notion of spirits; for savages do not readily distinguish between subjective and objective impressions. When a savage dreams, the figures which appear before him are believed to have come from a distance, and to stand over him; or "the soul of the dreamer goes out on its travels, and comes home with a remembrance of what it has seen."[76] But until the faculties of imagination, curiosity, reason, &c., had been fairly well developed in the mind of man, his dreams would not have led him to believe in spirits, any more than in the case of a dog.


Footnote 76: Tylor, 'Early History of Mankind,' 1865, p. 6. See also the three striking chapters on the Development of Religion, in Lubbock's 'Origin of Civilisation,' 1870. In a like manner Mr. Herbert Spencer, in his ingenious essay in the 'Fortnightly Review' (May 1st, 1870, p. 535), accounts for the earliest forms of religious belief throughout the world, by man being led through dreams, shadows, and other causes, to look at himself as a double essence, corporeal and spiritual. As the spiritual being is supposed to exist after death and to be powerful, it is propitiated by various gifts and ceremonies, and its aid invoked. He then further shews that names or nicknames given from some animal or other object, to the early progenitors or founders of a tribe, are supposed after a long interval to represent the real progenitor of the tribe; and such animal or object is then naturally believed still to exist as a spirit, is held sacred, and worshipped as a god. Nevertheless I cannot but suspect that there is a still earlier and ruder stage, when anything which manifests power or movement is thought to be endowed with some form of life, and with mental faculties analogous to our own.

The Descent of Man, IV. 123-124 a écrit:Our great philosopher [sic], Herbert Spencer, has recently explained his views on the moral sense. He says,[46] "I believe that the experiences of utility organised and consolidated through all past generations of the human race, have been producing corresponding modifications, which, by continued transmission and accumulation, have become in us certain faculties of moral intuition—certain emotions responding to right and wrong conduct, which have no apparent basis in the individual experiences of utility." There is not the least inherent improbability, as it seems to me, in virtuous tendencies being more or less strongly inherited; for, not to mention the various dispositions and habits transmitted by many of our domestic animals to their offspring, I have heard of authentic cases in which a desire to steal and a tendency to lie appeared to run in families of the upper ranks; and as stealing is a rare crime in the wealthy classes, we can hardly account by accidental coincidence for the tendency occurring in two or three members of the same family. If bad tendencies are transmitted, it is probable that good ones are likewise transmitted. That the state of the body by affecting the brain, has great influence on the moral tendencies is known to most of those who have suffered from chronic derangements of the digestion or liver. The same fact is likewise shewn by the "perversion or destruction of the moral sense being often one of the earliest symptoms of mental derangement;"[47] and insanity is notoriously often inherited. Except through the principle of the transmission of moral tendencies, we cannot understand the differences believed to exist in this respect between the various races of mankind.

Even the partial transmission of virtuous tendencies would be an immense assistance to the primary impulse derived directly and indirectly from the social instincts. Admitting for a moment that virtuous tendencies are inherited, it appears probable, at least in such cases as chastity, temperance, humanity to animals, &c., that they become first impressed on the mental organization through habit, instruction and example, continued during several generations in the same family, and in a quite subordinate degree, or not at all, by the individuals possessing such virtues having succeeded best in the struggle for life. My chief source of doubt with respect to any such inheritance, is that senseless customs, superstitions, and tastes, such as the horror of a Hindoo for unclean food, ought on the same principle to be transmitted. I have not met with any evidence in support of the transmission of superstitious customs or senseless habits, although in itself it is perhaps not less probable than that animals should acquire inherited tastes for certain kinds of food or fear of certain foes.

The Descent of Man XIX. 571-572 a écrit:Music arouses in us various emotions, but not the more terrible ones of horror, fear, rage, &c. It awakens the gentler feelings of tenderness and love, which readily pass into devotion. In the Chinese annals it is said, "Music hath the power of making heaven descend upon earth." It likewise stirs up in us the sense of triumph and the glorious ardour for war. These powerful and mingled feelings may well give rise to the sense of sublimity. We can concentrate, as Dr. Seemann observes, greater intensity of feeling in a single musical note than in pages of writing. It is probable that nearly the same emotions, but much weaker and far less complex, are felt by birds when the male pours forth his full volume of song, in rivalry with other males, to captivate the female. Love is still the commonest theme of our songs. As Herbert Spencer remarks, "music arouses dormant sentiments of which we had not conceived the possibility, and do not know the meaning; or, as Richter says, tells us of things we have not seen and shall not see." Conversely, when vivid emotions are felt and expressed by the orator, or even in common speech, musical cadences and rhythm are instinctively used. The negro in Africa when excited often bursts forth in song; "another will reply in song, while the company, as if touched by a musical wave, murmur "a chorus in perfect unison."[37] Even monkeys express strong feelings in different tones—anger and impatience by low,—fear and pain by high notes.[38] The sensations and ideas thus excited in us by music, or expressed by the cadences of oratory, appear from their vagueness, yet depth, like mental reversions to the emotions and thoughts of a long-past age.

All these facts with respect to music and impassioned speech become intelligible to a certain extent, if we may assume that musical tones and rhythm were used by our half-human ancestors, during the season of courtship, when animals of all kinds are excited not only by love, but by the strong passions of jealousy, rivalry, and triumph. From the deeply-laid principle of inherited associations, musical tones in this case would be likely to call up vaguely and indefinitely the strong emotions of a long-past age. As we have every reason to suppose that articulate speech is one of the latest, as it certainly is the highest, of the arts acquired by man, and as the instinctive power of producing musical notes and rhythms is developed low down in the animal series, it would be altogether opposed to the principle of evolution, if we were to admit that man's musical capacity has been developed from the tones used in impassioned speech. We must suppose that the rhythms and cadences of oratory are derived from previously developed musical powers.[39] We can thus understand how it is that music, dancing, song, and poetry are such very ancient arts. We may go even further than this, and, as remarked in a former chapter, believe that musical sounds afforded one of the bases for the development of language.[40]


Footnote 39: See the very interesting discussion on the 'Origin and Function of Music,' by Mr. Herbert Spencer, in his collected 'Essays,' 1858, p. 359. Mr. Spencer comes to an exactly opposite conclusion to that at which I have arrived. He concludes, as did Diderot formerly, that the cadences used in emotional speech afford the foundation from which music has been developed; whilst I conclude that musical notes and rhythm were first acquired by the male or female progenitors of mankind for the sake of charming the opposite sex. Thus musical tones became firmly associated with some of the strongest passions an animal is capable of feeling, and are consequently used instinctively, or through association, when strong emotions are expressed in speech. Mr. Spencer does not offer any satisfactory explanation, nor can I, why high or deep notes should be expressive, both with man and the lower animals, of certain emotions. Mr. Spencer gives also an interesting discussion on the relations between poetry, recitative, and song. 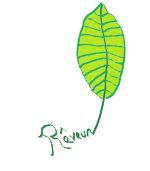